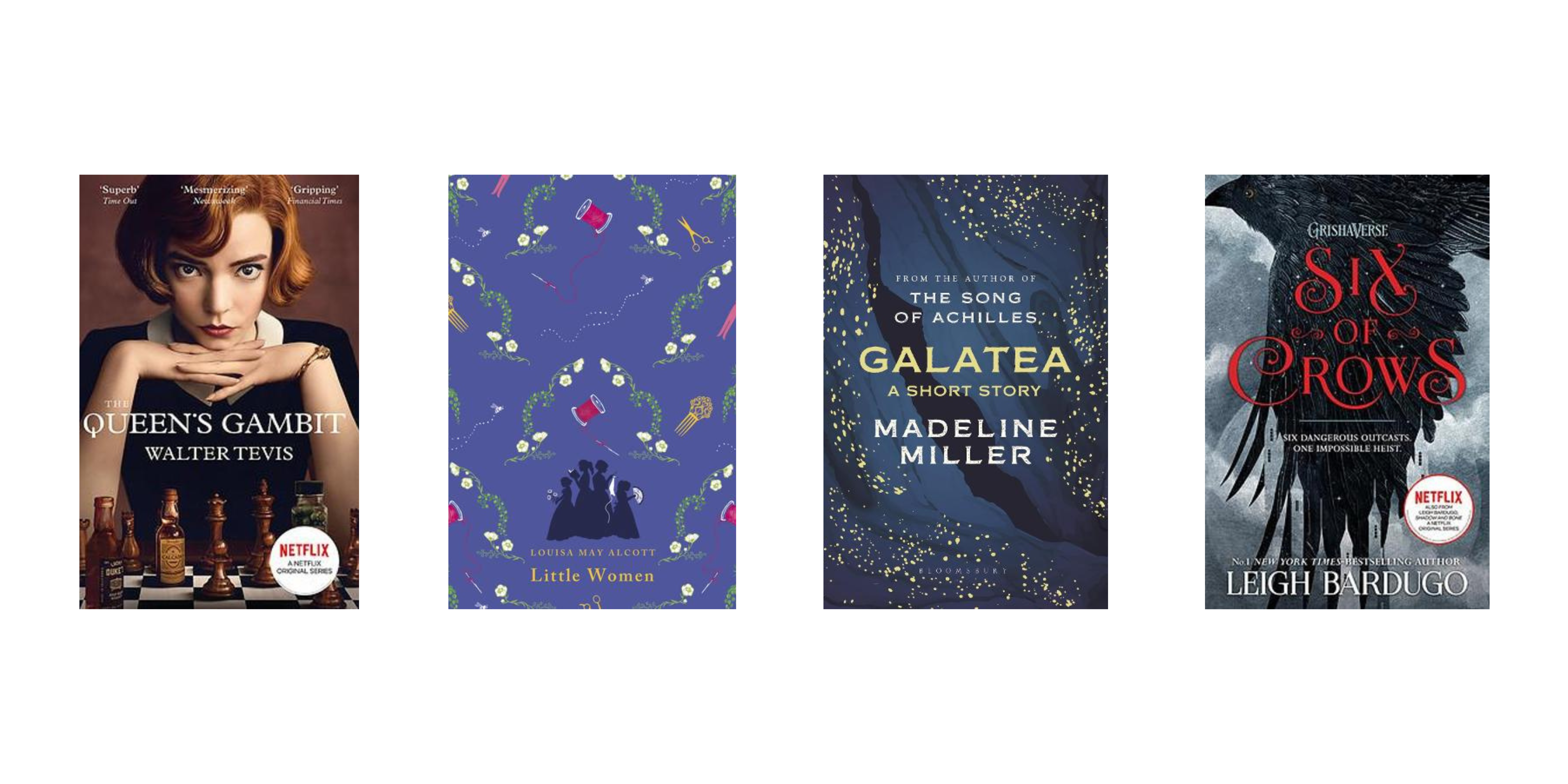 Not sure what to read next? Our new volunteer, Macy,  has got you covered. She has reviewed her four favourite reads below.

The Queen’s Gambit by Walter Tevis

Fans of the Netflix series should seriously consider reading the novel on which it is based. The book of the same name is grittier and more direct with a deeper development of Beth’s character. There are long, detailed passages on chess moves, games, and tournaments; so, I will heed the warning of non-chess players. At its core, The Queen’s Gambit is very much a book about chess; however, Walter Tevis explores the impact of gender, addiction, and childhood trauma. These themes interwoven into Beth’s life make it hard to put this book down.

“To hell with her; it wouldn’t be a man’s world when she was finished with it.”

Little Women by Louisa May Alcott

I am a firm believer that everyone should read a classic novel and I stand by Little Women being the first port of call. A book for all ages, its simplicity makes it a timeless read. Despite the age of Alcott’s most popular book, the writing is surprisedly modern. Little Women provides a blueprint for coming-of-age stories, with the book following the maturing sisters dealing with the absence of their father, romance, heartbreak, and coming to terms with differing dreams of each sister. Meg, Jo, Beth and Amy are very different characters, so everyone can relate to them. It is a long book, due to it originally being published in two parts, but I still find myself reaching for Little Women again and again.

“You will be bored of him in two years, and we will be interesting forever.”

“I believe we have some power over who we love. It isn’t just something that happens to a person.”

Another fresh retelling of Greek mythology from Madeline Miller. Fans of Miller’s previous works, Circe and Song of Achilles, will enjoy this fragment of her work. The story focuses on a marble sculpture blessed with life from the gods and her battle to gain autonomy from her controlling husband and creator. The choice of vocabulary and pacing cleverly matches the plot’s feminist tone, leaving the reader wanting more. I would like to see more work like this from Miller in the coming years.

“If you were stone, I would chisel them off.”

“Everyone looked at me because I was the most beautiful in the town. I don’t say this to boast, because there is nothing in to boast of. It was nothing I did myself.

Six of Crows by Leigh Bardugo

This book has it all! A combination of so many popular tropes- heist, found family and a hint of romance. The Six of Crows duology is more humorous than Bardugo’s famed Shadow and Bone trilogy, which is why I like it more. Serious scenes are perfectly balanced with funny one liners without undermining the stressful nature the Crow’s get themselves into. Each character is incredibly layered and developed with each having its own story to tell. The changes in perspective are refreshing and make each chapter almost a mini-cliff hanger. I read Six of Crows in the space of a weekend and immediately ordered Crooked Kingdom not long after. This fantasy crime novel is a YA reader’s dream!

“No mourners, no funerals.”

“Maybe your tutors didn’t cover this lesson, but you do not argue with a man covered in blood and a knife up his sleeve.”

“It’s not natural for women to fight.”

“It’s not natural for someone to be stupid as he is tall, and yet there you stand.”