Ask the Author with Heaton Wilson 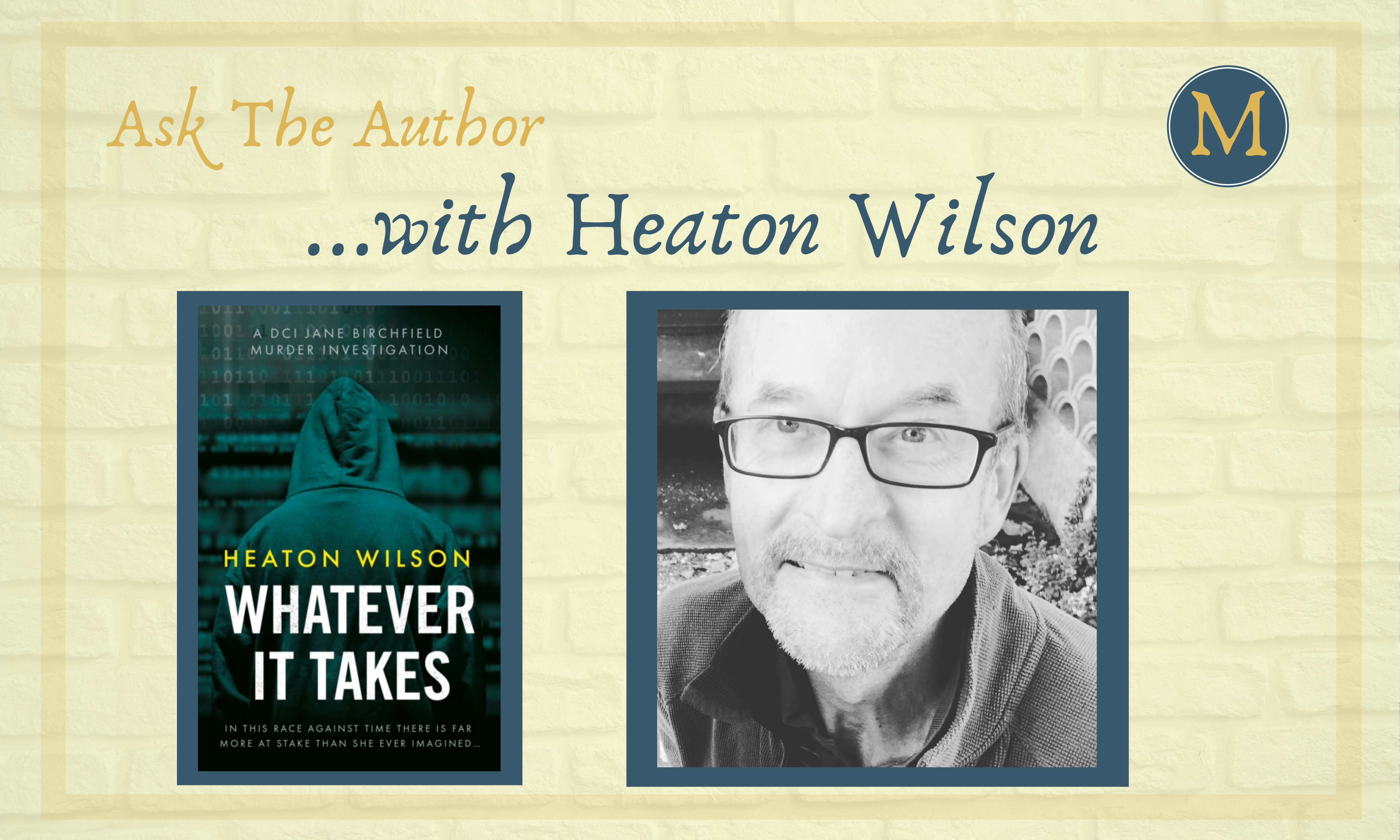 Ask the Author …with Heaton Wilson

Originally from Manchester, Heaton now lives in Chale. He has been a newspaper journalist, a postman, a public relations officer, a consultant, an actor, a director, and a playwright. The first book in his crime fiction series, Every Reason, came out in 2016. The second, Whatever It Takes, was published in January this year and he has just finished writing the third.

I read the Harry Potter series straight through and loved it! Also enjoyed Once Upon A River, by Diane Setterfield. I always look out for crime fiction and Ruth Rendell is one of the best. A Judgement In Stone is a particular favourite.

I am drawn to the armchair in the living room when I’m reading, and chain myself to the table to write in what has now become the writing room (aka the dining room).

Quantum by Patricia Cornwell, but please don’t tell her!

Both. I mostly read ebooks on my Kobo, but I do reach for he bookshelf at least once a month.

The very first book I remember reading was A Fall of Moondust by Arthur C Clarke.  It wasn’t a literary classic but the story got me hooked; staying up late at night to get to the end! The biggest influence on my crime fiction writing is John Grisham, for his amazing ability to grab attention from the very first paragraph and the effortless way he keeps the reader interested. But my all time hero is Charles Dickens.

Aside from reading and writing, how have you been keeping yourself busy during lockdown?

We have two rescue dogs to keep us busy, and fit.  And a large garden on a steep slope to contend with, so I have to fit writing in between dog walks by the sea (good) and grappling with bracken and bramble (not good).

The strangest thing you found yourself doing as a result of lockdown?

Binge watching the first series of Gavin and Stacey, and learning how to allow for timelag while conversing on Zoom.

Find out more about Heaton’s latest book Whatever it Takes…

DCI Jane Birchfield is facing a series of personal challenges: a rocky relationship with her partner, her mum hardly talks to her; and her boss and mentor is critically ill, which means she is having to cover his post as well as her own. Then she has to take charge of the toughest of murder investigations.

Jamie Castleton is found dead, seemingly frozen in position at a computer in a grubby internet cafe in the Manchester suburb of Ashbridge. Enquiries reveal he was a self employed tech consultant and a computer expert, so what was he doing in there? The more Jane and her team dig under the surface, the more the evidence points to one of Manchester’s biggest companies, Greaves, and its wealthy boss, Graeme Hargreaves. This leads Jane into a sordid underworld, and a surprise twist in the investigation forces her to face up to an event in her own past, that she has kept buried for 25 years. Slowly, but surely, the net tightens around the suspects, but can she stay objective, and can she keep herself, her team, and her relationship, together, and bring the killer to justice? For Jane it has become a personal crusade, but in this race against time there is far more at stake than she ever imagined.