Ask the author …with Julia Tuffs 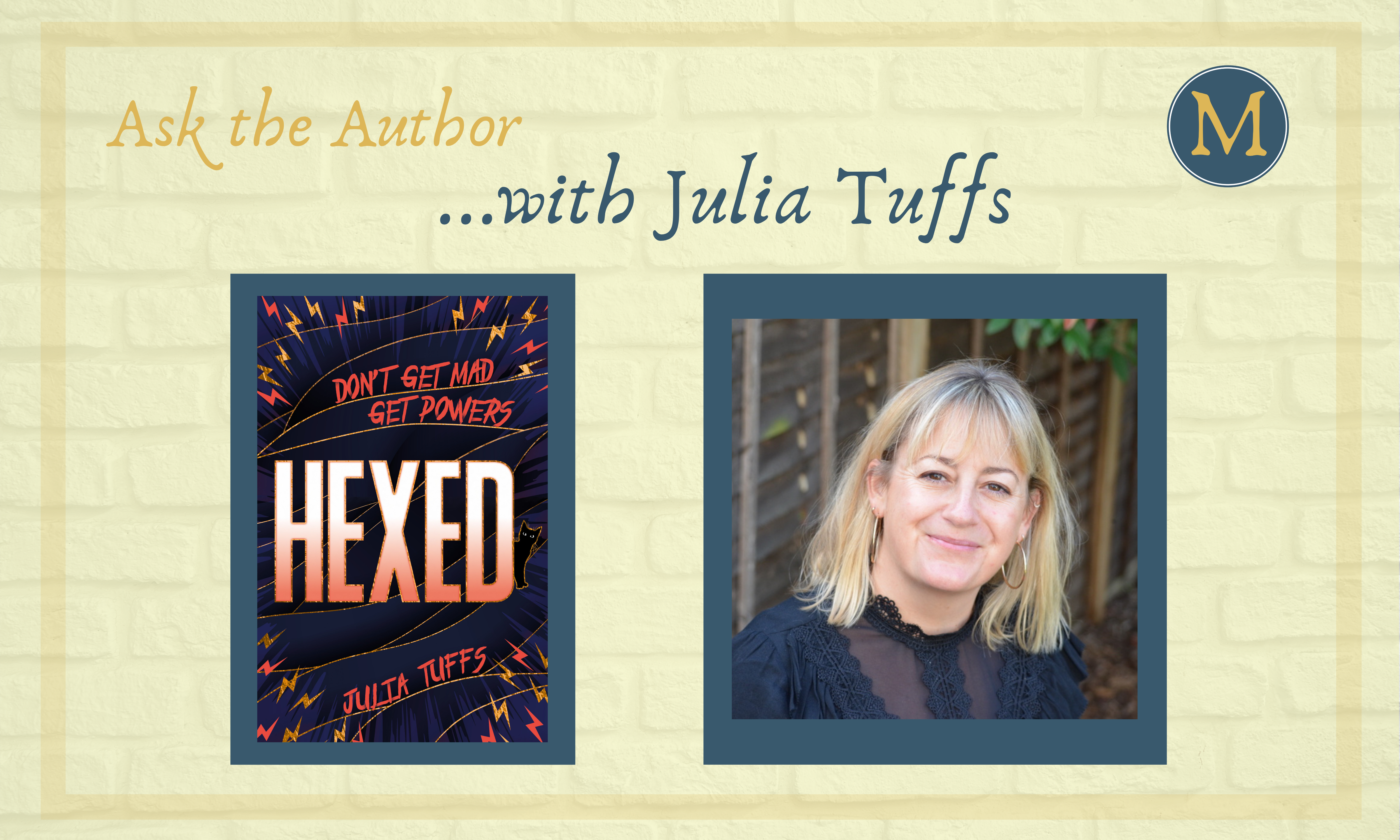 Ask the Author …with Julia Tuffs

After a brief (but fun) stint working in television and as a primary school teacher, Julia Tuffs decided to take her writing dreams more seriously. Having previously lived on the Isle of Wight she now lives in South-West London with her family and ragdoll cats (Billy and Nora) and spends her time writing, reading, dreaming of holidays and watching too much reality TV. She aims to write the kinds of books that shaped and inspired her as a teenager. HEXED is her debut novel and is set on the Isle of Wight.

Jessie Jones has just discovered she’s a witch. Too bad there isn’t a hex to make slimy Callum Henderson and his friends disappear … yet. A feisty, funny YA series about discovering your place and your power.

New girl, new school, new life on stupid island – thanks Mum. All Jessie Jones wants is to keep her head down, avoid school douchebag Callum Henderson, and coast – middle-of-the-road-like. But when strange powers start to manifest during crippling period pains, flying under the radar seems highly unlikely. Can Jessie embrace her new-found witchiness, control her erratic powers and work out a way to bring down Callum and his cult of toxic masculinity?

My TBR is like the Leaning Tower of Pisa at the moment! Right now I’m reading an amazing YA witchy little number called Undead Girl Gang by Lily Anderson which is sassy and punchy and hilarious. Other ones I’m excited for at the moment are Animal by Lisa Taddeo, The Stranding by Kate Sawyer and Malibu Rising by Taylor Jenkins Reid.

The best spot for reading is definitely in my bed and for writing I’d have to say my tiny office – I have a whole wall covered in corkboard for planning, lots of mementos and writing quotes pinned up everywhere and a Gloria Steinem poster to give me some writing mojo!

I recently re-read Flowers In The Attic by Virginia Andrews. I was OBSESSED with that series at school and had been worried on second reading it wouldn’t live up to my memories but it was still great and completely engaging – and my memory is so bad I couldn’t remember anything that happened so I was still surprised!

There have been so many! My most recent one was Untamed by Glennon Doyle – which I was gutted about – I’d heard so many people raving about it. I definitely don’t get DNF guilt any more though – life’s too short and there are too many great books to waste time reading something you’re not enjoying.

Physical all the way. I need to feel the weight of a book and sniff it’s bookiness!

Aside from reading and writing, how did you keep yourself busy during lockdown?

Podcast walks in the park – there are so many great writing podcasts too so I could chalk it up to a double whammy of work and exercise.

The strangest thing you found yourself doing as a result of lockdown?