Ask the Author with Kieran Larwood 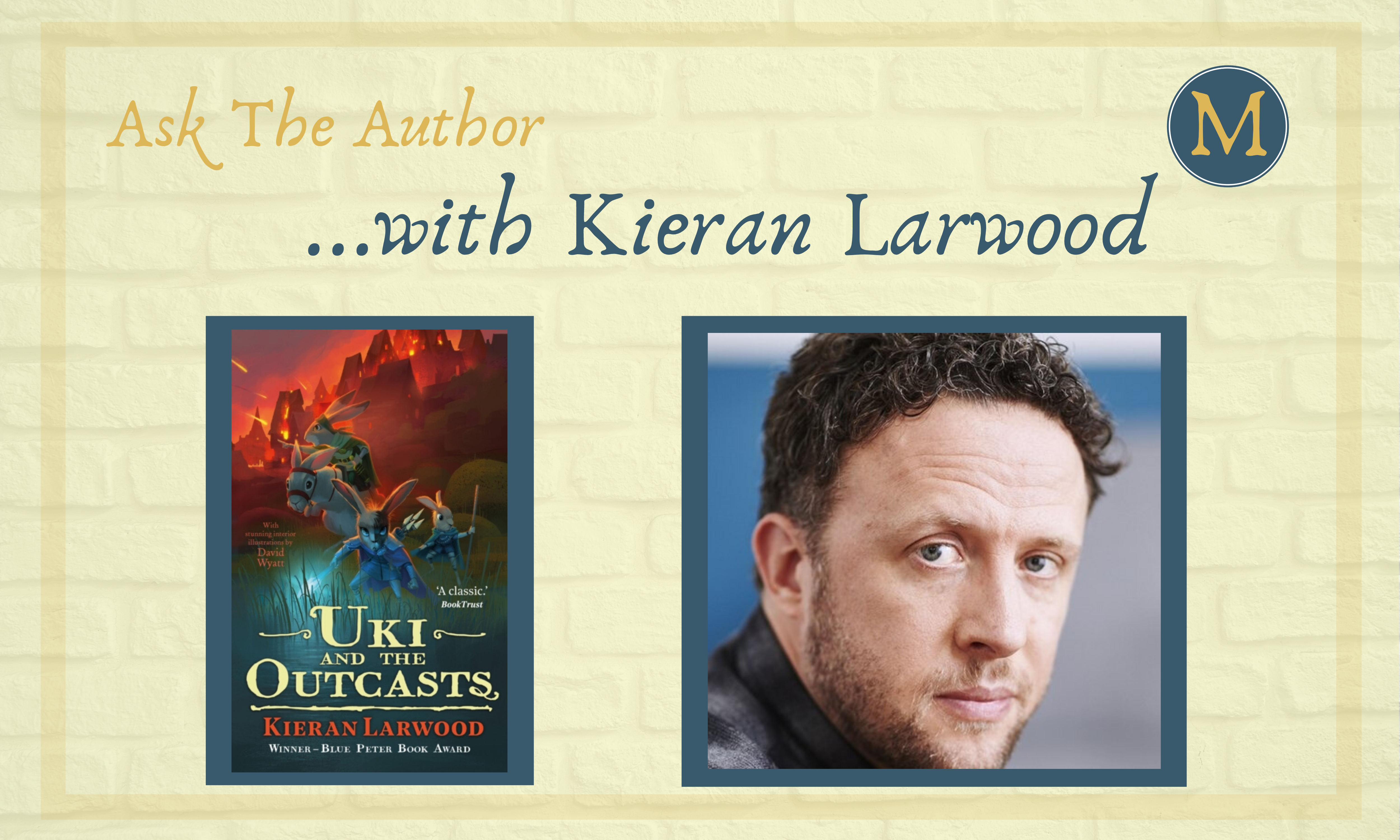 Ask the Author …with Kieran Larwood

Kieran Larwood is the award winning author of five children’s books. He won the 2011 Times Children’s Fiction competition with his debut novel, The Peculiars, and the 2017 Blue Peter Book Award for The Legend of Podkin One-Ear, his second book. He worked as a reception teacher on the Isle of Wight but now writes full time.

His latest novel Uki and the Outcasts is the first in a new trilogy set in the same world as Podkin One-Ear.

I’m currently reading Bloodchild by Anna Stephens, Bring Up the Bodies by Hilary Mantel, A Tale of Two Cities by Charles Dickens and Dogs of War by Adrian Tchaikovsky (I have a bad habit of reading lots of books at once).

Well, at the moment my house has three very bored children running around in it, so probably nowhere. I would say the toilet, but even that doesn’t guarantee you five minutes’ peace.

Recently it was The Seven Deaths of Evelyn Hardcastle by Stuart Turton. Of all time, I would say The Crimson Petal and the White by Michel Faber or Station Eleven by Emily St John Mandel

The Da Vinci Code by Dan Brown. I’m afraid his writing style really grated on me.

Physical every time. Although I will admit that Kindles aren’t quite as awful as I thought they might be.

Probably J.R.R.Tolkien, although the reason I write for children is in attempt to capture the magic that Pat O’Shea created in her book The Hounds Of The Morrigan. Such a beautifully crafted story.

Aside from reading and writing, how are you keeping yourself busy during lockdown?

I have been trying to do a bit of painting and drawing but with the children at home (and not going to bed as early as they should) I actually have less spare time than I did before!

The strangest thing you’ve found yourself doing as a result of lockdown?

Becoming the teacher in a school of three very reluctant, highly disruptive pupils.

You can find out more about Kieran Larwood, his books and download free activities at www.kmlarwood.com. He is also on Instagram as @kieranlarwood and Twitter @kmlarwood

You can purchase copies of all Kieran’s titles from the Medina Books online store.