Books that got me through lockdown with Lynne Truss 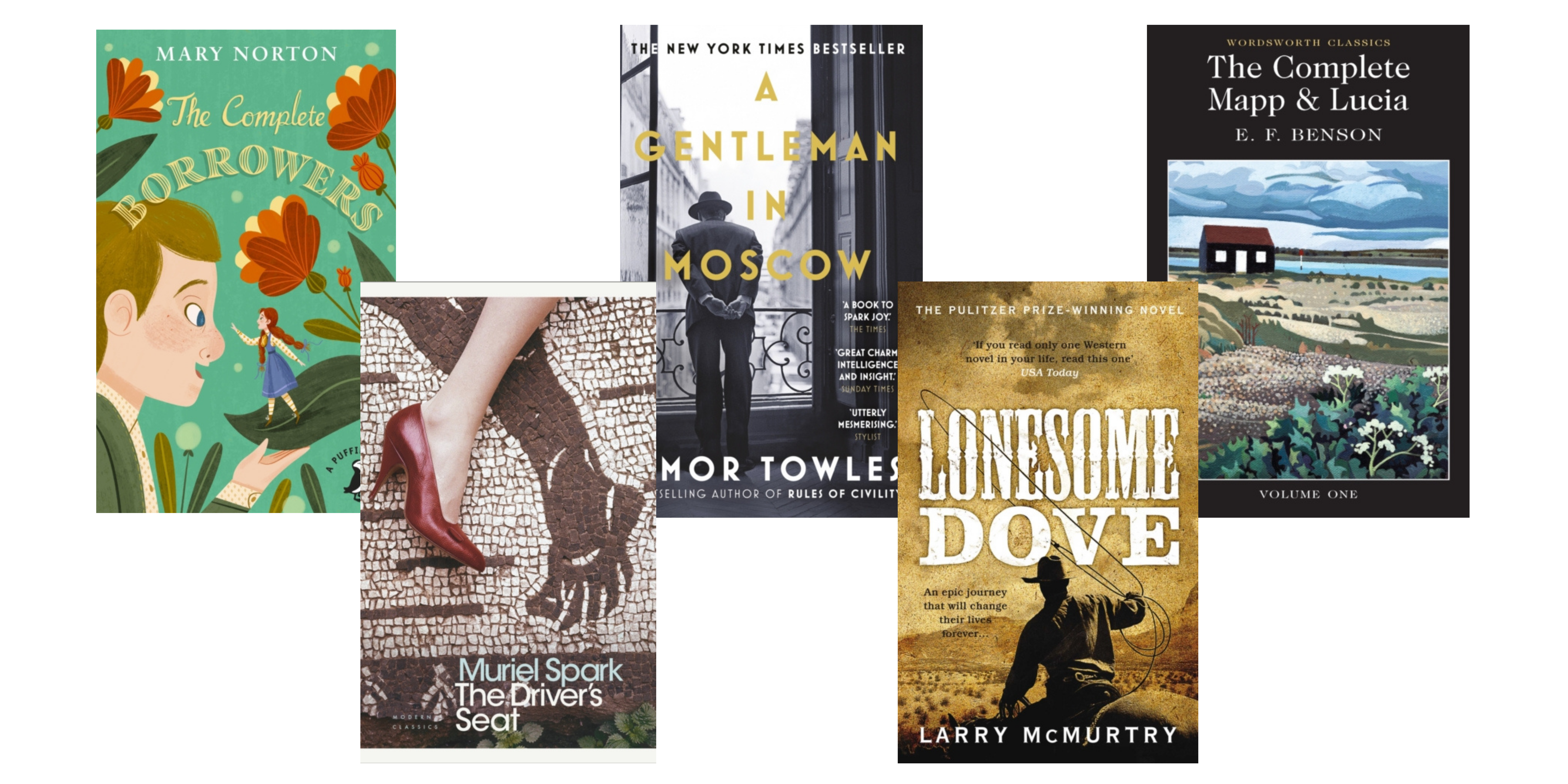 For many people, the pandemic has been a great opportunity to get through that pile of books waiting to be read, and for some, books have been their salvation. At Medina Bookshop we are keen to celebrate this and are asking various people to share with us the books which have got them through lockdown. Our first respondent is the bestselling author Lynne Truss.

Known to many as the author of Eats, Shoots and Leaves, the brilliantly entertaining book on punctuation that sold over 3 million copies worldwide, Lynne’s earlier novel Tennyson’s Gift was an hilarious take on the Freshwater laureate and his Island friends. Although living in Brighton where her recent Constable Twitten mysteries are set, the former Times columnist has maintained close links to the Island and was only too happy to kick off our new blog series.

A Gentleman in Moscow by Amor Towles

First published in 2016, this is the gloriously absorbing and humane story of a courtly, gentle White Russian aristocrat confined to a high-class Moscow hotel for the decades following the Russian Revolution. Think Grand Budapest Hotel crossed with The Shawshank Redemption, all focused on a protagonist so beautifully realised he might have been conceived in a great work of nineteenth-century Russian literature. I have rarely been so over-awed by a modern novel.

A bit surprising, I know! But this 1985 epic western sat on my shelves for thirty years before I finally decided to give it a go, and at last I see why it won the Pulitzer Prize. A great 950-page sweeping narrative of the Old West, it boasts two terrific main characters (retired, bickering Texas rangers) and features umpteen separate perilous journeys that interweave in an absolutely masterly fashion. As a novel it has every merit you could wish for – except for a helpful map. Why no helpful map? Maybe later editions included one.

The Driver’s Seat by Muriel Spark

Much less heart-warming than the above, this novel from 1970 is admittedly nasty, brutish and short but it is also utterly brilliant – if bewildering to start with. I have now read it three times; Ian Rankin is a long-time fan of it too. Very dispassionately, it tells the story of the lead-up to a crime, from the point of view of the highly unsympathetic victim who seems to be engineering her own murder. Any aspiring (or indeed practising) crime writer needs to read The Driver’s Seat. In the way it inverts every aspect of the genre, it blows your mind.

The Mapp and Lucia Novels by E.F. Benson

I finally got round to reading these six novels concerning the fierce rivalry of two competing social hostesses in the pretty East Sussex town of Rye (renamed Tilling) – which I know sounds dreadful, but it’s not, because the sheer pettiness of this rivalry is very much the point. Great funny characters (again), and fabulous writing. I was completely hooked, and I do recommend going at them chronologically, starting with Queen Lucia. The series had been gathering dust on my shelf for even longer than the McMurtry (a horrifying forty years, in fact), but there are lovely new editions from Vintage grouping the books in pairs.

The Borrowers Omnibus by Mary Norton

I started re-reading The Borrowers out of a need for a good old shot of comforting childhood nostalgia, but it turned into something better. As a child reader, I had hardly noticed (because children don’t) how exceptional these books were, in terms of writing and structure, or indeed imagination. The omnibus contains the original 1952 book followed by The Borrowers Afield (1955), The Borrowers Afloat (1959), The Borrowers Aloft (1961), and finally, The Borrowers Avenged (1982). Each is worth reading individually, but the cumulative effect is wonderful. I was also very moved to see the original illustrations again.

If you are interesting in purchasing any of Lynn’s recommendations, or one of her own books, give us a call at the bookshop on 01983 300044 and we can order then in for you. Alternatively you can get them online at Bookshop.org and have them posted to you by clicking here.