In Conversation with Celia Imrie 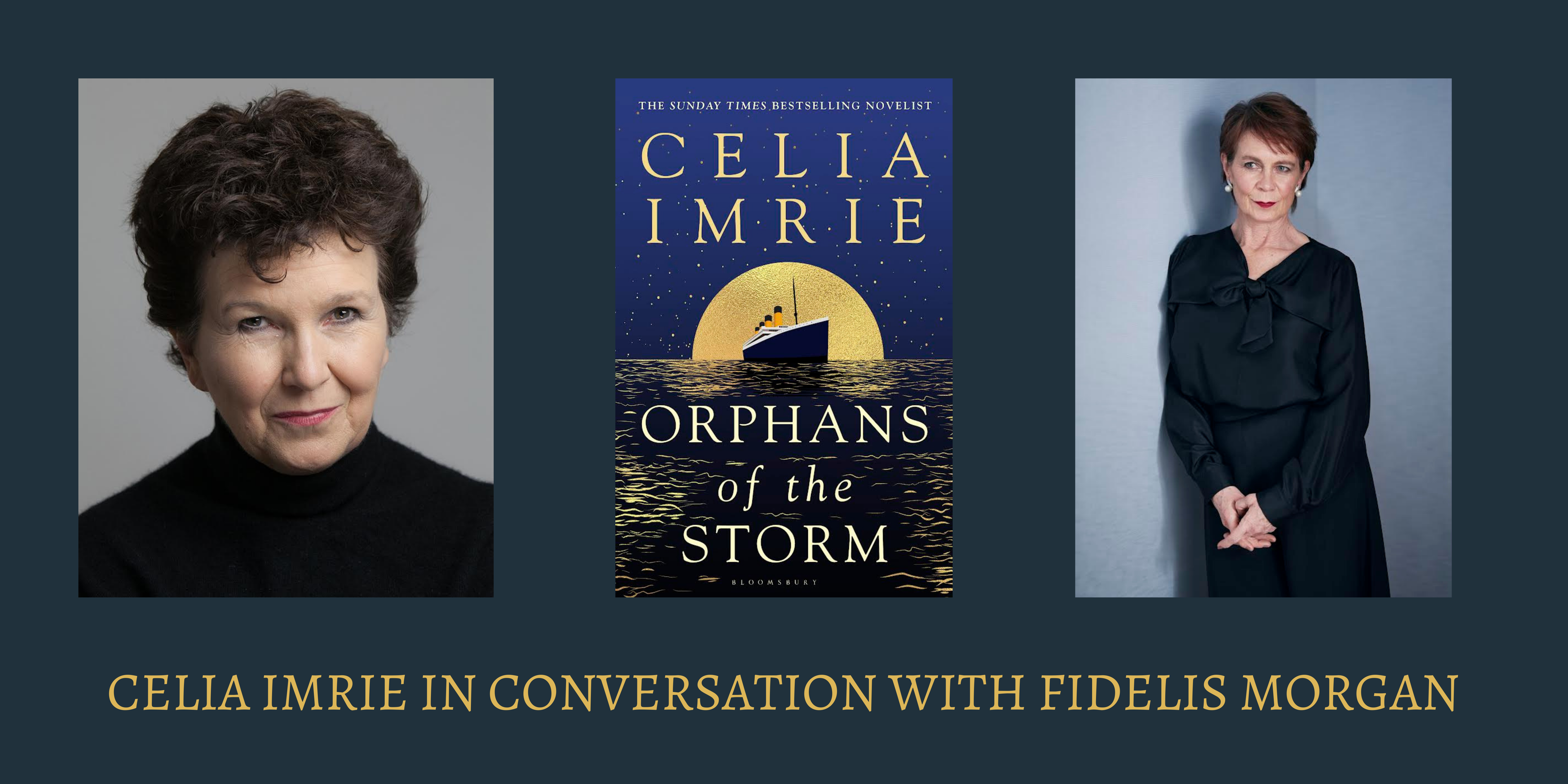 In Conversation with Celia Imrie

Popular British actress and bestselling novelist Celia Imrie is to feature in a special event in Cowes to talk about her latest novel Orphans of the Storm.

‘Celia Imrie in conversation with Fidelis Morgan’ is being organised by the Medina Bookshop and will take place at the Island Sailing Club on Sunday 12th December. Orphans of the Storm is Celia’s sixth book and is set on the Titanic’s fateful voyage to America.

France, 1911: After three years of marriage, young seamstress Marcela Caretto has finally had enough. Her husband, Michael, an ambitious tailor, has become cruel and controlling and she determines to get a divorce. But while awaiting the judges’ decision on the custody of their two small boys, Michael receives news that changes everything.

Meanwhile fun-loving New York socialite Margaret Hays is touring Europe with some friends. Restless, she resolves to head home aboard the most celebrated steamer in the world – RMS Titanic. As the ship sets sail for America, carrying two infants bearing false names, the paths of Marcela, Michael and Margaret cross – and nothing will ever be the same again.

Celia’s career spans television, radio, film and theatre. She is well known for her collaborations with comedian Victoria Wood and has featured in a string of hit movies including the Bridget Jones Diary, Calendar Girls, The Best Exotic Marigold Hotel, and Mamma Mia, Here We Go Again. She even played a fighter pilot in Star Wars: The Phantom Menace.

Fidelis Morgan is an actress and writer and has performed with the Royal Shakespeare Company and the National Theatre and on the West End. She is also the author of several non-fiction history books and assisted with research for Orphans of the Storm.