Ask the Author with the IW Story Festival

Medina Books asked the organisers of the IW Story Festival to let us know how they have been getting on during the pandemic.

The IW Story Festival is organised by some of the Isle of Wight’s most loved children’s authors. Jules Marriner and Peta Rainford have given us an insight into their life in isolation.

Peta: No list, just a teetering ‘to be read pile on my bedside table. Currently reading English Passengers by Matthew Neale.

Peta: The sunny sofa by my bedroom window, with my hairy Jack Russell, Archie, laid along the back; a perfect spot for reading, but also writing early drafts of my rhyming picture books, which I tend to do longhand.

Peta: Most recently? A Gentleman in Moscow by Amor Towles.

I didn’t exactly not finish Moby Dick . . . but I did skip large sections in the middle. I don’t really feel I missed much. 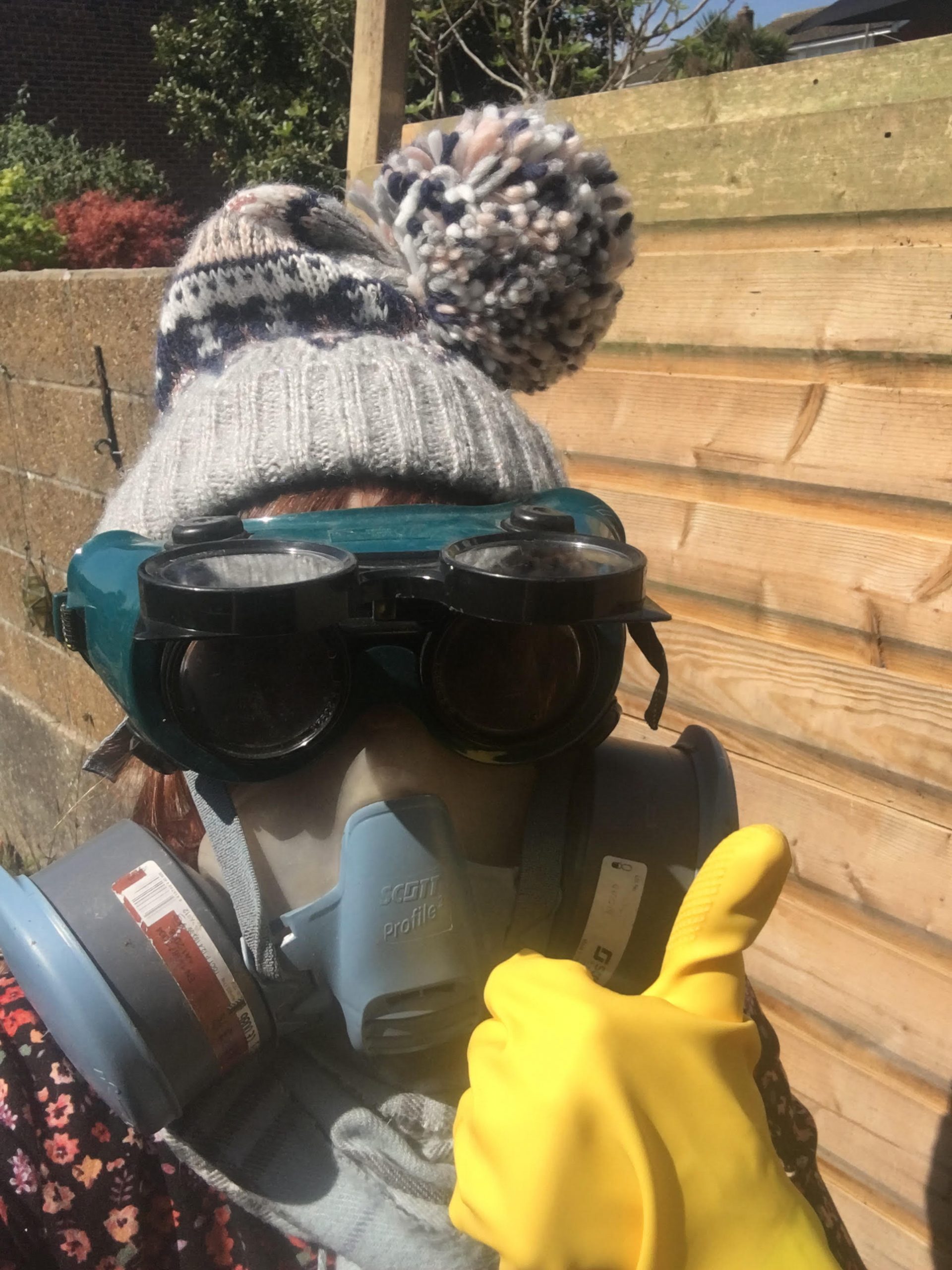 Peta: Not really sure about this. Possibly Roald Dahl’s verse, in books like ‘Revolting Rhymes’. Any one of his verses could have made a picture book; they are funny rhyming stories that don’t talk down to children and have lots for adults too – certainly something to aspire to!

Aside from reading and writing, how are you keeping yourself busy during lockdown?

Peta: Cooking like my mum used to; painting with pasta and flowers (don’t ask!); accidentally homeschooling (I have not been surprised to discover that it’s much easier to engage a class of 30, or even a whole school, than your own child.)

The strangest thing you’ve found yourself doing as a result of lockdown?

Peta: Eating mustard, brown sauce and jalapeño on a cracker, as a penalty in the human-sized board game designed by my daughter. As a snack, I don’t think it’s going to catch on.

Peta Rainford playing with the human-sized board game her daughter designed. 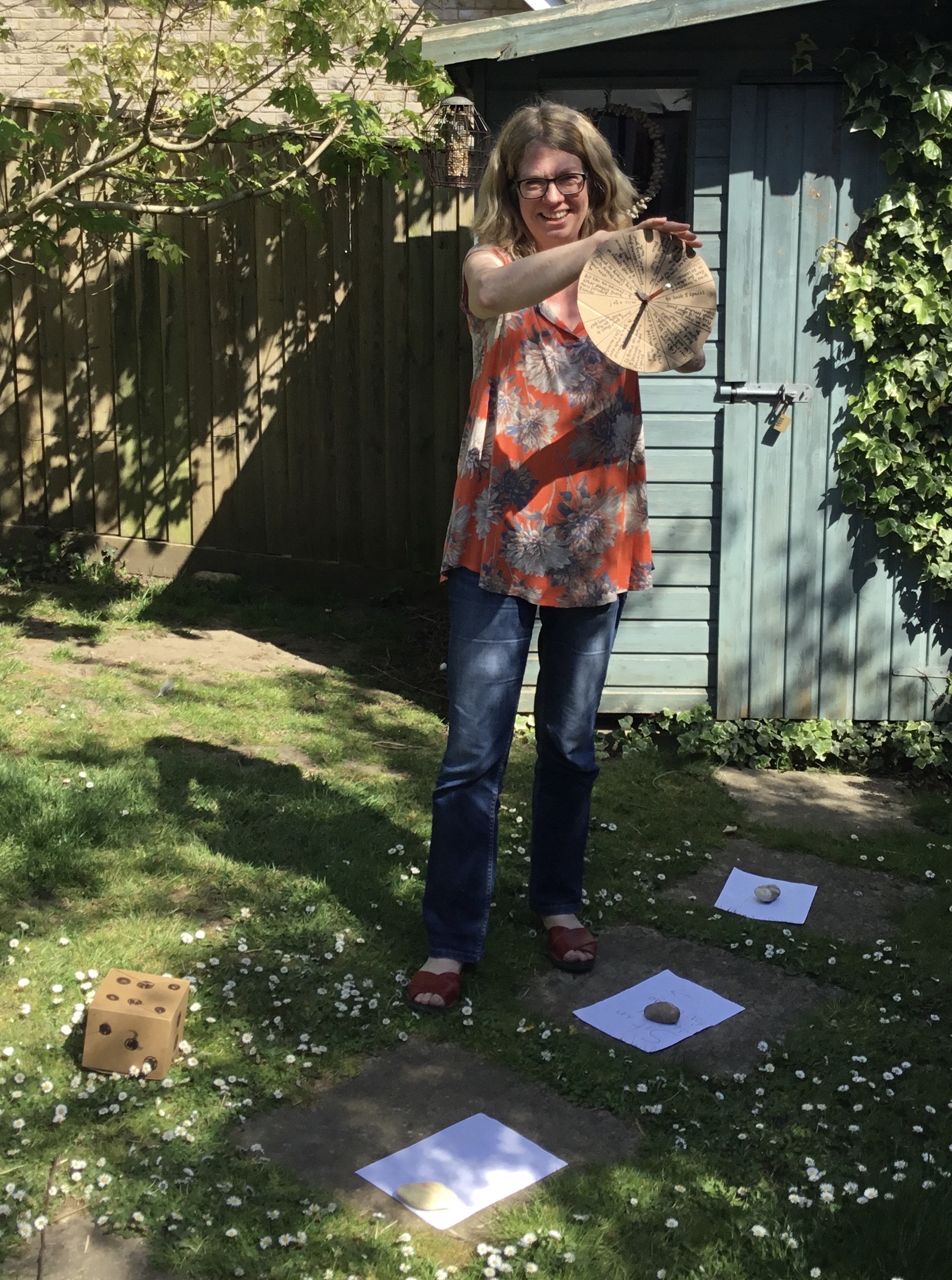 The IW Story Festival is an annual celebration of stories of all types, which launched in February 2020. The event brought together hundreds of families to meet children’s authors and illustrators and enjoy storytelling, puppetry, real life animal encounters and all manner of hands-on arts and crafts. The organisers hope next year’s event – on 19th and 20th February 2021 – will be even bigger and better!

Peta Rainford is an author/illustrator of (mainly) rhyming picture books, including The Niggle, Milly’s Marvellous Mistakes and Jacob Starke Loves the Dark. She is passionate about sharing stories with children and encouraging them to create their own, and is part of the small, but perfectly formed, team behind the IW Story Festival.

You can find all of Peta’s books here: Peta Rainford

Jules Marriner was born in Buckinghamshire, but has never let this hold her back. She started off training as a fashion designer, but subsequently discovered she was dreadful at this. After making sprout smoothies in Australia for 6 months, she studied at University for a Degree in Illustration and had an epiphany; her passion is for children’s picture books!

It was here that she realised that she wanted to spend the days making stories about animals doing unlikely things. After a spell in London, she moved to the Isle of Wight because of the Orang-utans and started writing and illustrating books for children.

Jules is currently under the supervision of two small, naughty dogs, and enjoys trying out new vegan recipes on her mainly carnivorous family.

You can find all of Jules’ books here: Jules Marriner