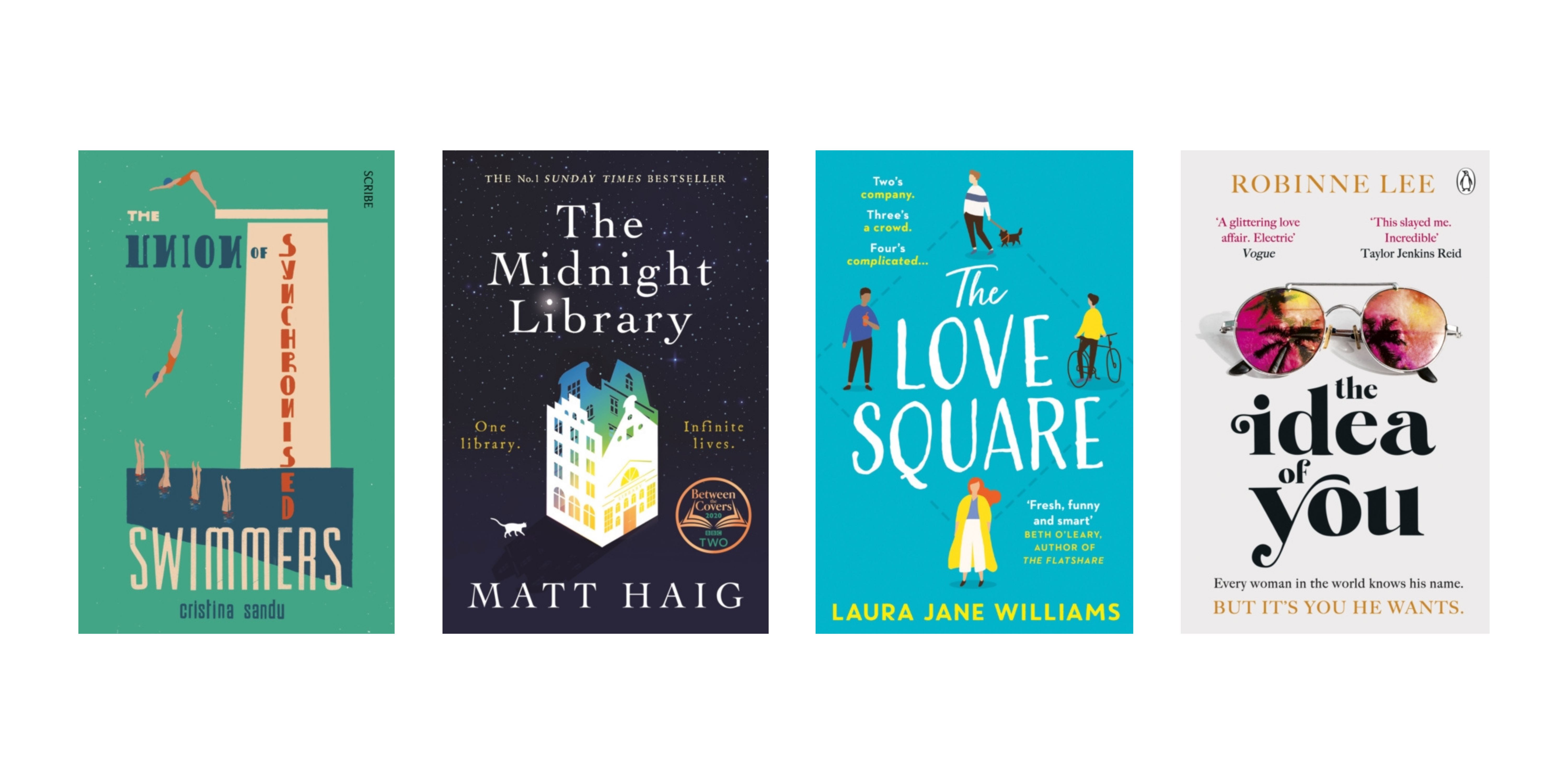 Our bookseller, Lucy, has been all about fiction recently. Check out her four most recent reviews below.

The Union of Synchronised Swimmers by Christina Sandu

In the USSR, six women meet at the river to swim in the shadows of the local cigarette factory. At first, they have fun, but their ambitions change after seeing synchronised swimming on the television. The girls then use the opportunity to escape the Soviet Union during their Olympics appearance. But are their new lives in the free west worth all the effort?

The star of Sandu’s writing is the disorientation she evokes in each of the six womens’ stories. And despite needing to re-read some passages, this novella is engrossingly fast-paced. Haunting, poetic and full of intrigue.

The most life-affirming novel I’ve ever read

The Midnight Library by Matt Haig

35-year-old Nora Seed has lost all hope. She feels she has no choice but to end her life. However, instead of dying, she finds herself in the Midnight Library – filled with books of all the different lives she could have led and the chance to do things differently.

I made a mistake when I put this down last year in thinking this is a depressing book because it begins with a suicide. The beginning is emotionally intense, so proceed with caution if you feel mentally fragile, but if you persevere, Haig takes you on an insightful journey of self-discovery. Nora Seed is the perfect disarming vessel for his necessary message. The storyline is profoundly stunning, but the abundance of gratitude I felt for my life on the last page is unlike anything I’ve experienced reading a book before. If you are one of the lucky few yet to pick this up – do it now.

Penny Bridges constantly struggles to get past the first date, but a change in circumstance leads to not 1 but 3 men, all vying for her attention. Being spoiled for choice may be enjoyable at first, but things get complicated very quickly.

Fans of Dolly Alderton will enjoy this modern love story, which is so much more than a ‘men are just like buses’ rom-com. Williams’ weaves a light-hearted concept with thought-provoking themes of duty, desire and authenticity. It’s tender, well-observed and funny in all the right places.

The Idea of You by Robinne Lee

39-year-old art dealer Solene Marchand only knows British boyband August Moon through her pre-teen daughter, Isabelle, so when she ends up going to their concert as her chaperone, she doesn’t quite know what to expect. A secret love affair with the band’s lead singer, 20-year-old Hayes Campbell, couldn’t have been further from her mind.

This novel is a steamy runaway romance mixed with a clever commentary on age gaps in relationships, double standards, celebrity culture and female fandoms. I’ve not stopped thinking about Lee’s spot-on societal observations since I’ve finished it. Warning: the ending broke my heart. Probably the best debut I’ve ever read.