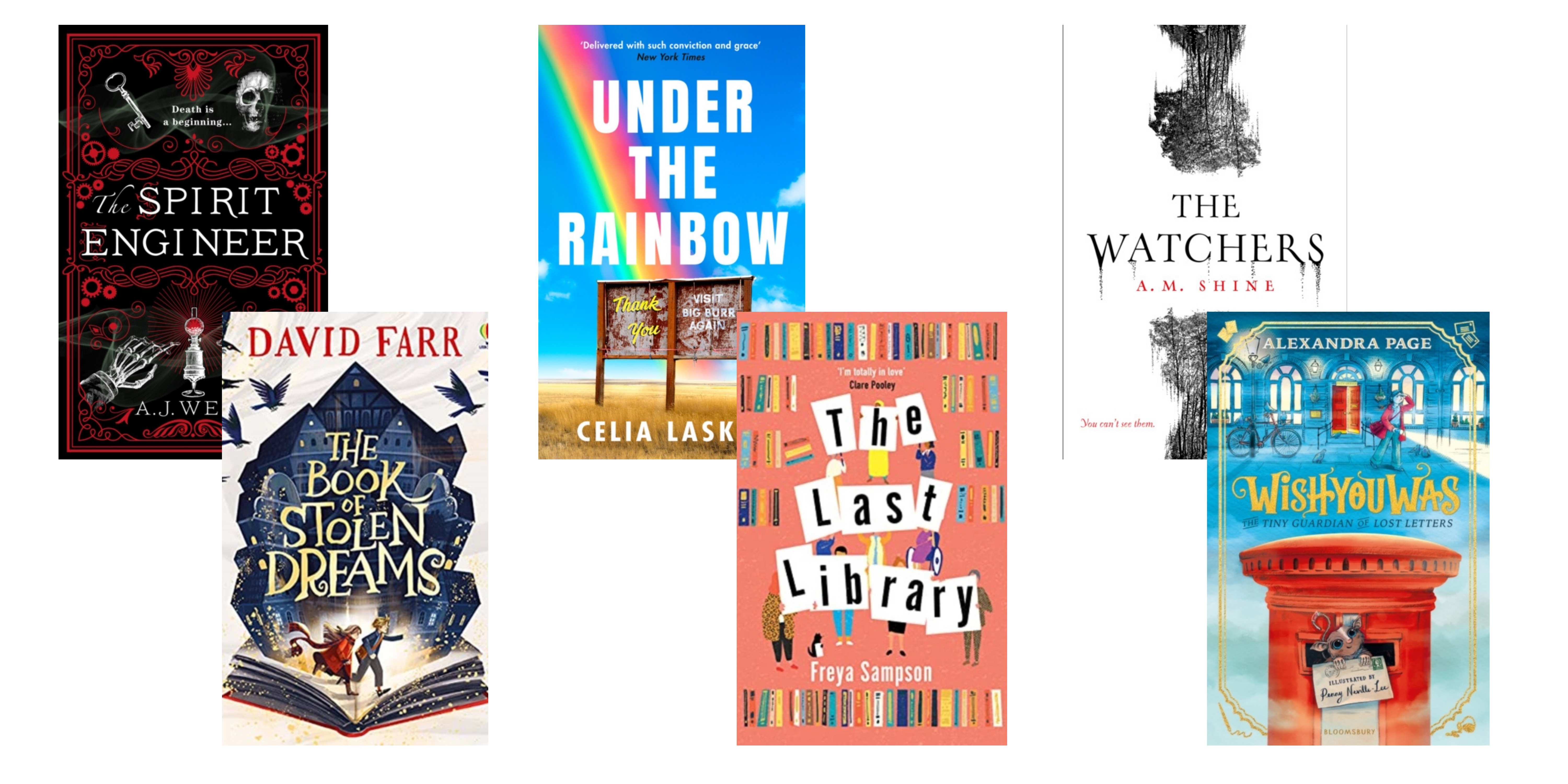 From instant classics about the power of books to spooky spine-tinglers, there is something for everyone by these exciting, new-time authors.

The Last Library by Freya Sampson

After June’s mum, the lovely local librarian, passed away eight years ago, she immediately took on her role. But now, she has retreated within herself. Constantly worried if she is living up to her mum’s reputation. So when closure threatens the library, a group of regular eccentrics decide to fight against it. Can they persuade June to leave her comfort zone and help the cause?

This gorgeous book reminds us of the importance of kindness and our collective need for community. It is as uplifting as Claire Pooley’s The Authenticity Project and Libby Page’s The Lido.

Wishyouwas: The Tiny Guardian of Lost Letters by Alexandra Page

Keen for a charming Christmas tale? Then look no further than Wishyouwas, which tells the story of the small self-appointed creatures who look after all the lost letters under smoggy London in 1952.

Complete with beautiful black and white illustrations and a surprise under the dust jacket. This sweet and enchanting animal adventure would be the perfect gift for anyone to find under their tree this Christmas.

The Book of Stolen Dreams by David Farr

Endorsed by Anthony Horowitz and Ben Miller, this fantastical adventure is a must-read for any child who’s a fan of Katherine Rundell.

Siblings Rachael and Robert must go on the run when given a stolen book by their librarian father. Full of twists and courageous magic, it’s up to them to uncover its secrets, find the missing last page, and make sure the book doesn’t fall into the wrong hands.

The Spirit Engineer by A. J West

It’s 1914—two years after the Titanic tragedy. And high society Berlin are obsessed with spirituality and seances, desperate to reach their loved ones.

But, Professor William Jackson Crawford believes in science. So why does he hear voices one evening? The Spirit Engineer is a daringly haunting tale of paranoia and power. Based on a true story with a well-known cast of historical figures, like Sir Arthur Conan Doyle and Harry Houdini.

The Watchers by A. M Shine

After Mina’s car breaks down, she is left stranded and forced into the nearby dark woodland. Only to hear a woman’s shout, telling her to run to a bunker. Fast. What follows is a creepy but compelling story. Pick this up immediately if you already can’t wait for Halloween 2022.

Under the Rainbow by Celia Laskey

A reader has described this poignant debut as the ‘ perfect antidote to today’s anxiety ‘. It’s a series of interconnected short stories about a social experiment in the small town of Big Bur, Kansas, to combat its homophobic reputation.

Under the Rainbow is heartwarming and heartbreaking in equal measure. A positive encouragement to embrace our differences and look out for one another.