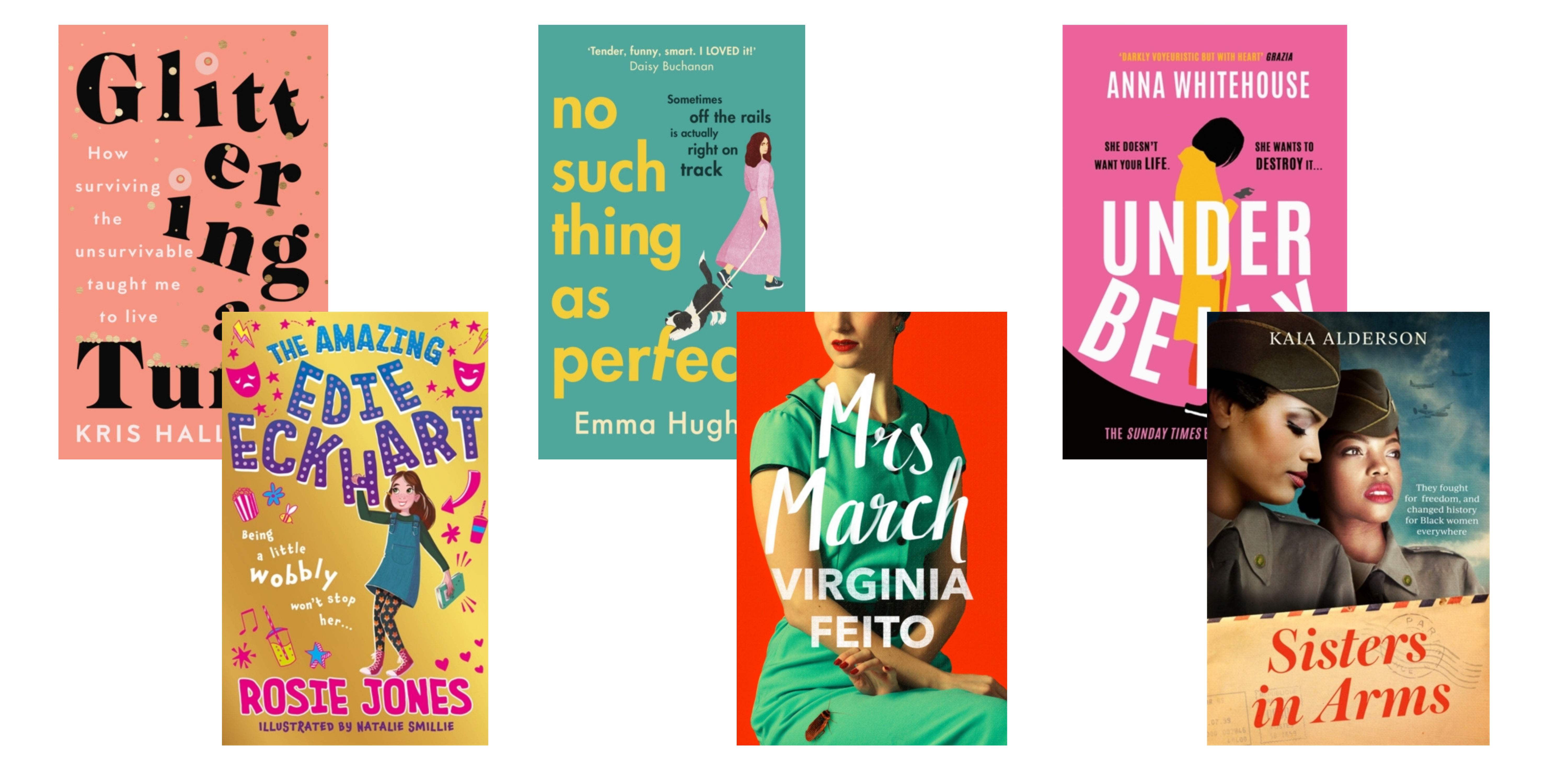 From feminine-focused historical fiction to the memoir we all need to reach for in hard times, Lucy has selected a diverse range of debuts for you to choose from in her latest blog.

Perfect For Fans of Hidden Figures

Alderson tells the beautifully brave story of the only all-female black US Postal Battalion deployed overseas during WW2. Focusing on Grace Steele and Eliza Jones, these two women put aside their differences and unite in their fight for country and freedom

‘The Most Compulsive Gothic Thriller of 2021’

When a shopkeeper wrongly assumes Mrs March is the inspiration behind the sex worker in her husband’s smash-hit novel. It causes her to spiral downward. She questions her identity and whether she even knows her husband at all. Her paranoia may well lead to her own undoing as it threatens the reveal of her deepest darkest secrets. Soon to be a major motion picture starring The Handmaid’s Tale’s Elizabeth Moss.

‘Not Just Another Cancer Memoir’

Kris Hallenga was living life as a typical 20-something… until she found a lump on her breast. She was not only told it was cancer but that it was incurable. What do you do next when life seems so unfair? Now, 12 years later, Kris shares her new perspective of not only surviving the unsurvivable but thriving by learning to glitter her turds. This is the ultimate handbook for when the odds feel stacked against you. Truly inspiring.

No Such Thing as Perfect by Emma Hudges (Fiction Hardback)

When Laura gets a chance to try a new high-tech dating service, Cupid, which finds her match based on her online activity, she figures it’s worth a try. And when perfect-on-paper Adam shows up for their first date. She can’t believe her luck. So why are her feelings developing for the man who led her to Adam instead? He has a man bun, after all. Emma Hudges is sure to delight fans of Dolly Alderton and Laura Jane Williams.

A Warm and Uplifting Children’s Book

Edie Eckhart may have cerebral palsy, but that doesn’t stop her from being excited to start secondary school with her best friend, Oscar. So when they aren’t in the same tutor group, this sends Edie’s world upside down. How can they experience secondary school together when they hardly see each other? A great story for encouraging children to make the most of any situation they find themselves in. Jacqueline Wilson is already a fan.

From the bestselling non-fiction writer comes a poignant story about two young mothers’ worlds apart. Lo is a typical middle-class mother, whilst Dylan is just about keeping food on the table with her zero-hours telemarketing job. Their worlds collide when they meet outside the school gates, and the consequences are devastating. As hilarious as it is unflinchingly honest, Underbelly is the original read on everybodys’ lips this month.