Out on an Island 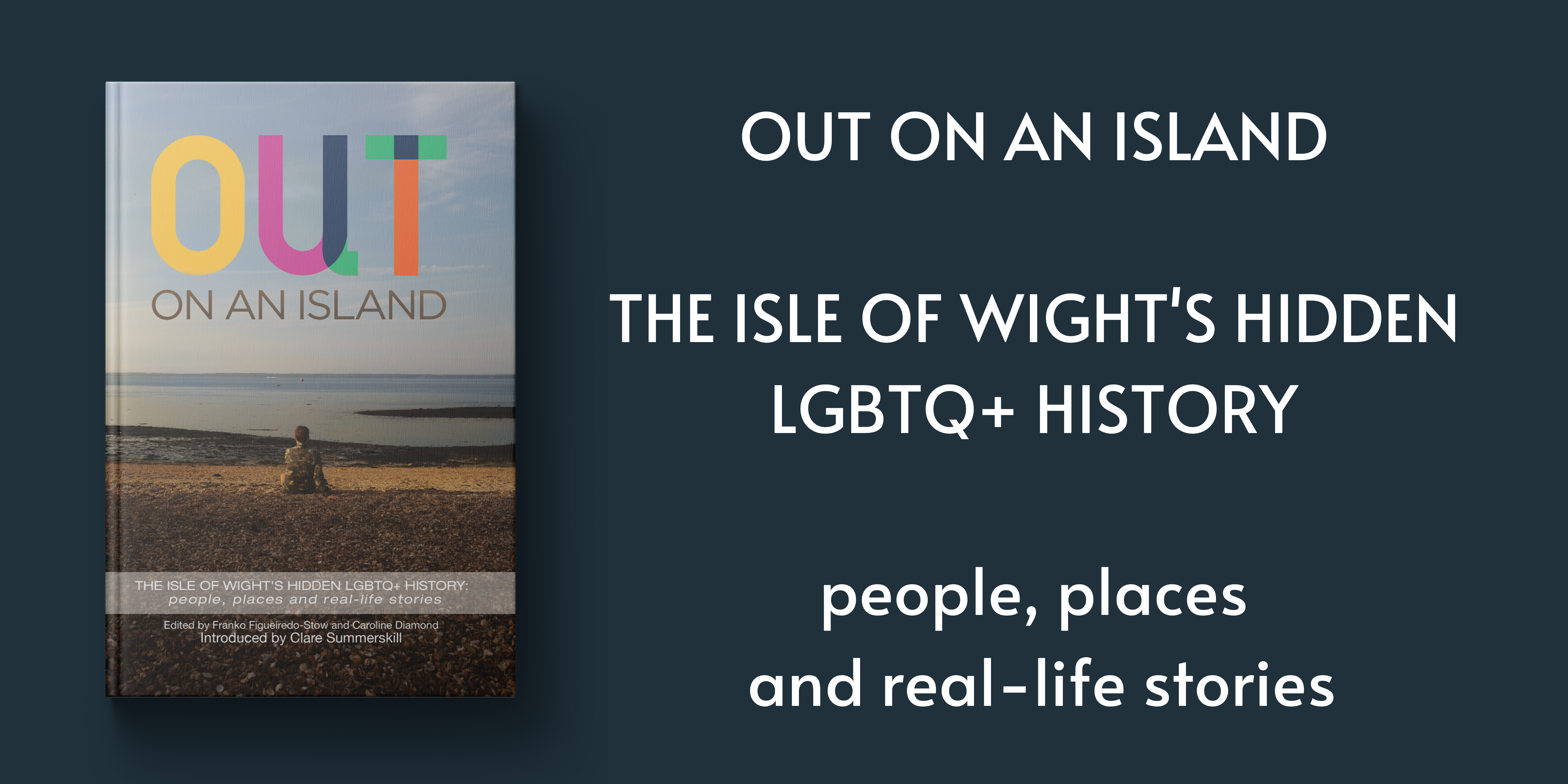 Out on an Island, the fantastic new book from Medina Publishing highlighting the stories of the LGBTQ+ community on the Isle of Wight

Based on deeply personal testimonies and factual research, Out on An Island presents a rich and diverse portrayal of Isle of Wight LGBTQ+ history. Shining a light on stories of struggle and truth shared through recorded oral histories, this is a book which unearths a public history and cultural heritage hidden for over a century.

In a collaborative effort among LGBTQ+ Island residents, Out on An Island signifies the first ever project dedicated to local LGBTQ+ oral history on the Isle of Wight. Created in remarkable circumstances, it celebrates a close-knit community surviving together in the face of exclusion, prejudice and misrepresentation.

The result is an inspiring collection of interviews from LGBTQ+ people concerning their lives on the Island. The oral histories are shared in a matter-of-fact style, with accounts of disturbing homophobia, rejection and exclusion peppered with moments of joy and celebration. From beginning to end are stories of courage and despair which stand as powerful testaments of human endeavour. While some of the LGBTQ+ community were proud to call the Isle of Wight their home, others feared discrimination, and were desperate to escape.

Read about the fierce, enigmatic lesbian Joe Carstairs, and the adventures of the all female Ferguson’s Gang in Newtown in the 1920s. Delving into the Island’s 1980s gay scene, hear accounts of a community thriving in the face of negative local press and the shadow of Section 28. Onwards to the 1990s, experience the moment the Island welcomed its first ever local Gay Guide; and in the not-so-distant past, learn about a lingering culture of homophobia exposed by the Island’s first Pride in 2017, and the resignations of reputable local journalist Charlotte Hofton, and the Island’s Conservative MP Andrew Turner.

A testament to the history, lives, social and political contribution of the Isle of Wight LGBTQ+ community for future generations, Out On An Island restores a shared and vibrant past. Instigating a broader dialogue on what can be complex and sensitive topics, readers are provided with a better understanding of the importance of equality, inclusion and the hurdles individuals must overcome to be their authentic selves.

What their saying about  Out on an Island

“Out On An Island is a brilliant oral history of LGBT+ communities and culture on the Isle of Wight: the persecutions, campaigns, defiance, solidarity and triumphs.” – Peter Tatchell (British broadcaster and human rights campaigner)
“A wonderful rich history of an island I knew as I child but never knew as an adult gay man. This wonderful and intriguing history is brought together by the personal testimonies and experiences of LGBT+ people who lived on the Isle of Wight and delves courageously into the past one hundred years. In doing so, it builds bridges and looks forward with optimism and joy.”  – Michael Cashman (British politician, LBGT rights activist and actor)

“Island-born, drawn to visit time and again over the years, I’ve never forgotten ringing Gay Switchboard as a disco bunny twenty-something to ask where we could go on in Ventnor or Shanklin for a wild Saturday night and being told by the solemn woman at the other end, “Get off the Island” It’s therefore hugely heartening to find this vivid proof that there were indeed alternative and queer lives being lived in the Land That Time Forgot and to realise that the painstaking production of this book is evidence that that there still are.” – Patrick Gale, author

Franko Figueiredo-Stow is a gay and genderqueer artist living with his husband on the Isle of Wight. Franko is the co-founder and artistic director of StoneCrabs Theatre Company, having started out his career as an actor and writer. For this he trained in Brazil and the UK, and holds a Masters in Theatre Practices from Rose Bruford College. Franko’s work as an actor, writer, and translator has taken him across the world. He currently runs acting, directing and producing workshops in Europe, Japan and Brazil. In addition, Franko also directs, writes and teaches as a freelance artist.

Caroline Diamond has lived on the Isle of Wight for 21 years, and came out as a lesbian in 2012. Born in Manchester, Caroline spent her childhood travelling all over the world to places such as Bahrain, Hong Kong, and Germany, moving with her father’s career in the armed forces. Caroline worked for a decade as a correspondent for the Isle of Wight County Press. Curious about people and local life, she is always looking for opportunities to make the Island a diverse and inclusive place to live. Most recently, her work has seen her supporting LGBTQI+ people as a Youth Work Assistant for BreakOut Youth.

Out on an Island is released on 14th February 2022. You can order your copy here