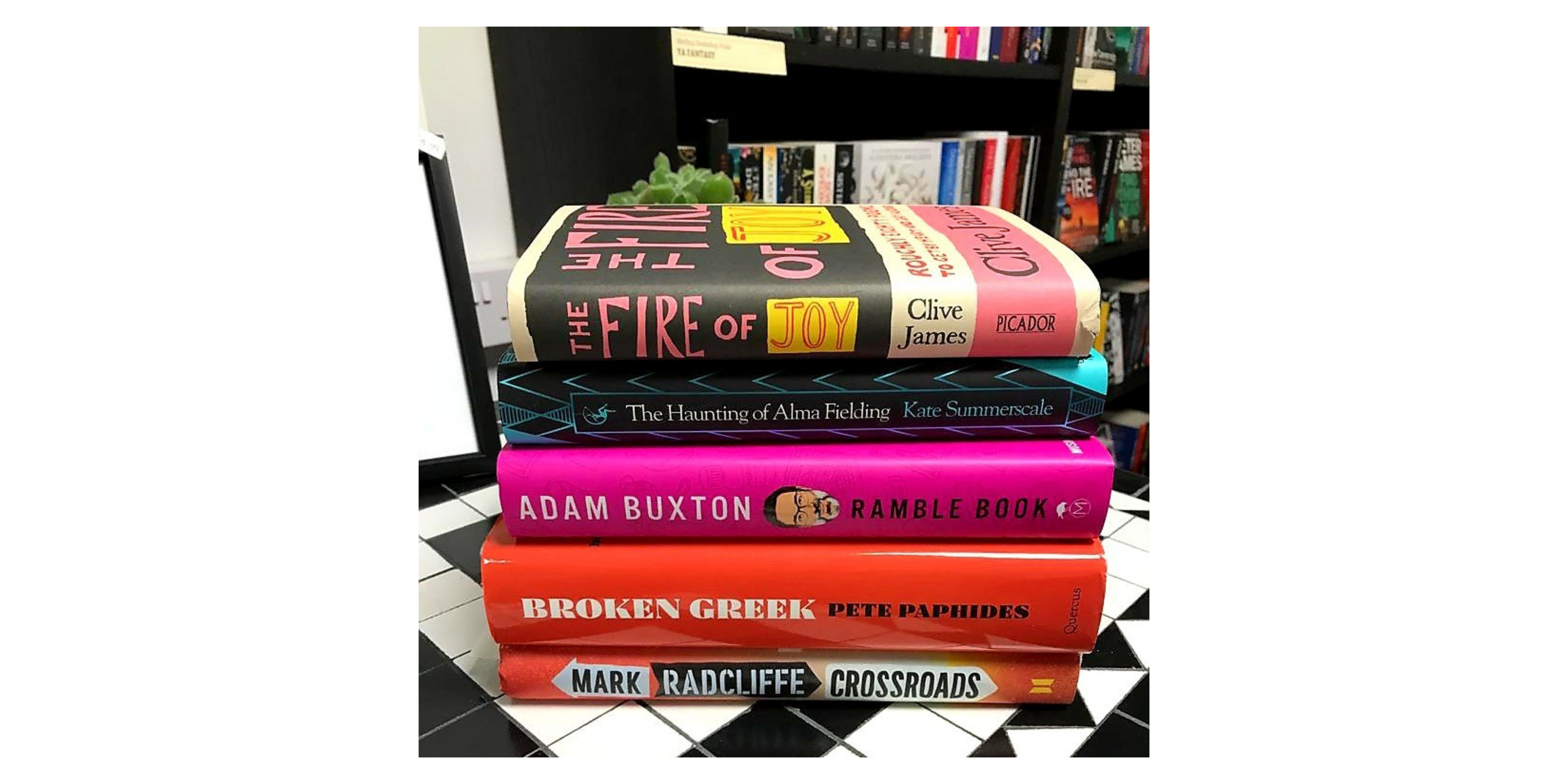 Dark winter evenings are perfect for curling up with a book so here’s a look at the ones Paul has been reading during January.

The first few weeks of the year have seen me working my way through the books that I received as gifts, either at or since Christmas, and what a pleasure it’s been. There have been some real gems.

I loved Clive James, as a writer, tv presenter and also as a poet. The Fire of Joy is not an anthology of his poems though, but a collection of 80 poems that he knew by heart, each accompanied by his own observations and anecdotes. A beautiful last hurrah from a great mind.

The Haunting Of Alma Fielding is the latest from the author of the superlative Suspicions Of Mr Whicher. Kate Summerscale always manages to unfold the most unusual stories by first evoking and then peeling back the mores, moralities and vanities of an era. Here midwar Britain’s fascination with all things supernatural is illuminated by her telling of this bizarre investigation into the poltergeist activity that manifested around the title character. Absolutely superb.

As a recent convert to Adam Buxton’s oeuvre, especially his superb Ramblechat podcasts, this filled in various gaps in his backstory. His difficult relationship with his parents and his miserable early years at boarding school are bravely addressed, and he admirably confesses his own flaws in a way that few others would. Ramble Book would be a fairly miserable read were it not for his childish but irresistible humour that peppers the book throughout.

Broken Greek sees Mr Caitlin Moran reminiscing on his childhood in Birmingham, largely left to his own devices by his newly arrived Cypriot parents as they try to make a go of things running various chip shops. His 1970s football player crushes and painfully undiscerning musical passions had me cringing somewhat joyfully in empathy. Bittersweet but brilliantly written with unabashed candour.

In Crossroad’s Mark Radcliffe muses on key moments in musical history. He seldom stays on track and gets delightfully sidetracked down countless blind alleys. Irreverent, funny and anarchic, this is a great read from someone with impeccable taste in music.