Review: The Isle of Wight’s Missing Chapter by James Rayner 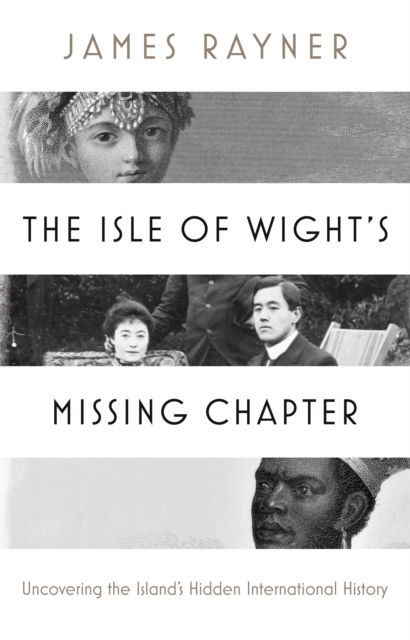 Did you know that in 1891 Mahatma Gandhi travelled to the Island to give a speech to the Ventnor Vegetarian Society? He trembled with fright and, unable to utter a single word, passed the speech to his lawyer-friend to finish! Or that the orphaned Prince Alemayehu of Abyssinia stayed in Freshwater for ten months during the 1860s? Or how a Nigerian slave rescued from sacrifice by Captain Forbes became Sara Forbes Bonetta, a favoured goddaughter of Queen Victoria?

We’re all aware of King Charles I’s imprisonment in Carisbrooke Castle, of Queen Victoria’s love affair with the Island and how Tennyson, Keats and Dickens wrote some of the world’s best-known literature right here in our midst. But here, James Rayner’s meticulously researched book, The Isle of Wight’s Missing Chapter brings together hundreds of sources for the first time and delves into the Island’s little-known international history. It highlights the rich and diverse culture of people who are just as interesting, if not more so, than many of the Island’s better-known historical figures. An Armenian priest, a Cameroonian teacher, Japanese seismologists, a Chinese giant, the King of the Zulus and Queen Emma of Hawaii are just a few of an eclectic cast of characters Raynor describes throughout the book.

At only fifty-nine pages, short bursts of facts and snippets of each person’s story make for a fast-paced read. Accompanied by a selection of photographs this book and its characters really come to life on the page. Well worth a read!

You can grab yourself a copy here: The Isle of Wight’s Missing Chapter by James Rayner.