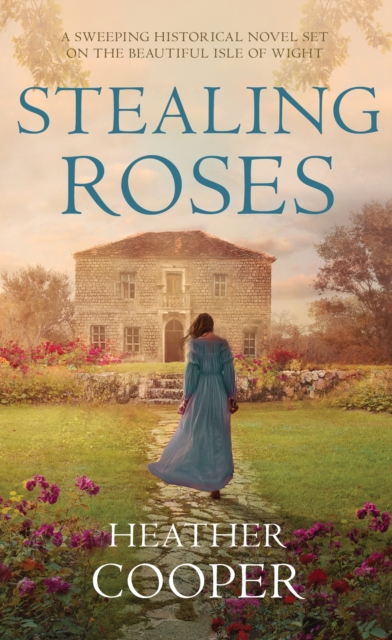 A young woman, a railway and the inevitability of marriage. Cooper’s debut novel seamlessly transports you to 19th century Cowes as if you had walked the high street and found the studio of the Professor of Photography yourself. The story is centred around the coming of the railway, about which Cooper shapes the life of a determined young woman, Evelyn Stanhope, who refuses to accept that marriage and freedom are synonymous, despite her family’s persuasions.

The true beauty of this book lies in the depth of the research which quite clearly underpins the novel and brings the story to life. A nod to the real Victorian Isle of Wight, Evelyn’s portraits are obviously inspired by Julia Margaret Cameron. Cameron is routinely acknowledged as a pioneer in portrait photography, and the character of Evelyn serves as a tribute to her work. The descriptions of Cowes and Newport are so vivid, it’s as if Cooper were recalling her own memories and it allows the reader to become rooted in each of Evelyn’s experiences whilst giving invaluable insights into real historical events.

As much a story about the power of friendships as it is about the trials and tribulations of romantic love, Cooper never fails in giving the players in her story the complexity they deserve. Even minor characters take on a life of their own and beg the author’s next work to reveal more about them. For example, Evelyn’s Aunt George, and her companion, the ex-governess, Miss Angell are enchanting. A novel filled with tales of their rose gardens and chickens would be nothing short of a delight to read.

Stealing Roses is a charming read and the perfect historical novel to accompany you into Spring.

You can grab yourself a copy of Stealing Roses here.