Rise up – Novels to give you a lift 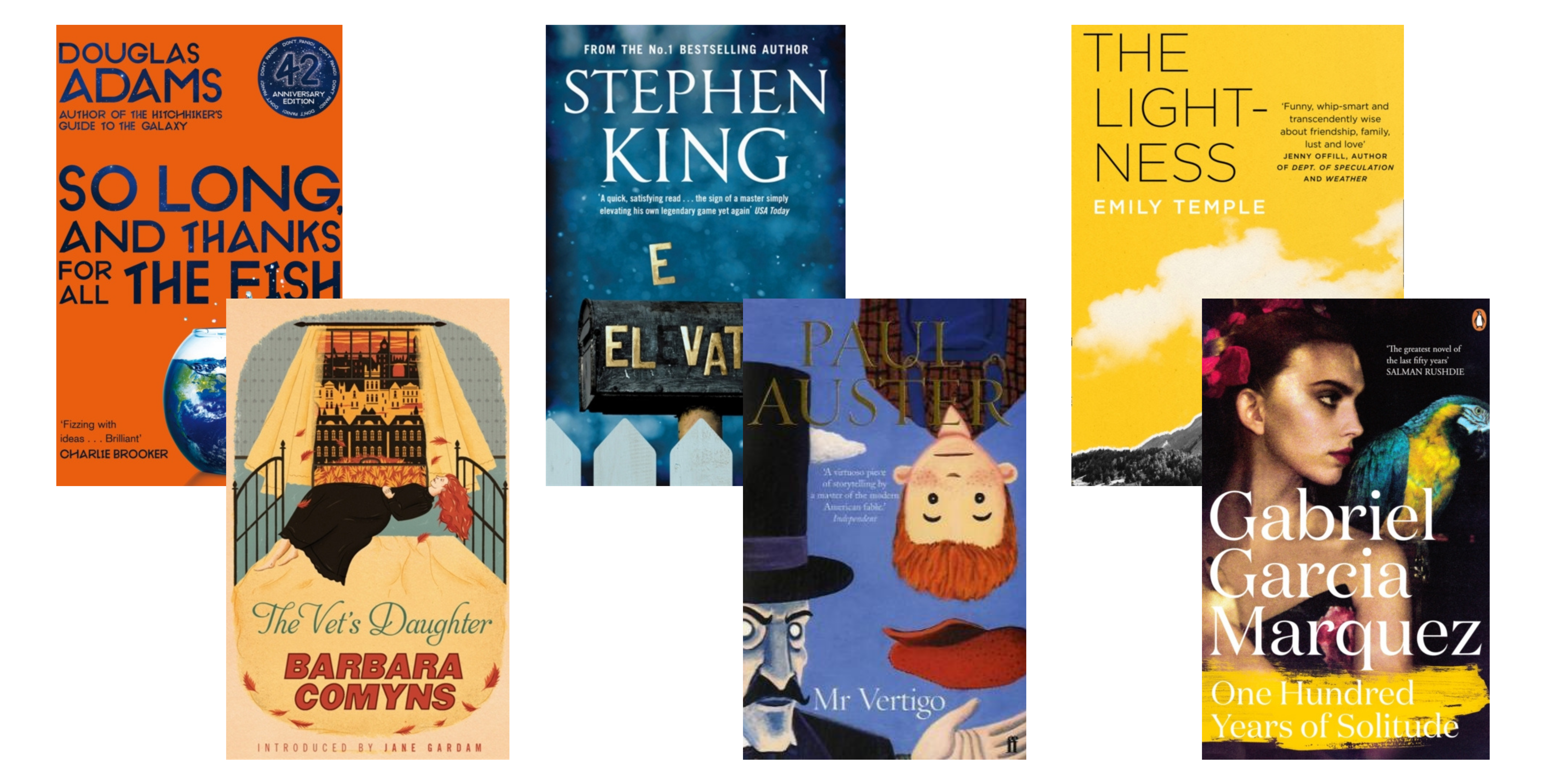 Rise Above: novels to give you a lift

Now that the Christmas decorations have been taken down, and with the prospect of being in lockdown until mid February, we’ve chosen some of the best novels to give you a lift as you curl up under the duvet during the long, dark winter evenings.

The Vet’s Daughter by Barbara Comyns

Originally published in 1959, this book is a real gem of magical realism. A coming of age novel like no other, the naive adolescent account of poor Alice Rowlands who manages to literally rise above the constraints and dark miseries of her suburban upbringing.

An incredible piece of story-telling, with the language seeming to lift as young orphan Walt Rawley learns to rise by letting ‘the emptiness inside your body grow lighter than the air around you.’ Set amongst the snake oil and medicine shows of pre-depression mid-western America this reads like a parable, from misery and suffering can come great transformation. Terry Gilliam is reported to be working on a film adaptation with Ralph Fiennes as the merciless but wise svengali/teacher Master Yehudi.

A recent novella that is as brief as it is uplifting. Scott Carey comes to the defence of his lesbian neighbours, tackling small-town prejudices and resentments whilst all the time becoming gradually more weightless until ‘zero day’ and the story’s heartwarming and emotional conclusion.

The Lightness by Emily Temple

During a summer spent at the ‘Buddhist Bootcamp For Bad Girls’, troubled teenager Olivia encounters friendship, secrets, danger and transcendence. Owing more than a small debt to Donna Tartt’s ‘Secret History’ (no bad thing) this 2020 debut is an engagingly cool, dark tale of suspense.

One Hundred Years Of Solitude by Gabriel Garcia Marquez

This masterful tale of seven generations of the Buendia family does not shy away from depicting the very real trials and horrors of life in 19th Century South America, but the light of life shines through, sometimes in magical ways; whether that be Remedios The Beauty lifting into the air with her wind blown laundry, or the occasional appearance of flying carpets.

So Long And Thanks For All The Fish by Douglas Adams

The fourth volume in the trilogy (of five!) this is a very different book from the other Hitch-Hiker’s Guide To The Galaxy titles. Though sharing the same brilliant other-worldly humour as the others, this is in essence a traditional love story, the charmingly told courtship of Arthur and Fenchurch, and their ultimately uplifting romance