This Valentine’s say ‘I Love You’ with words 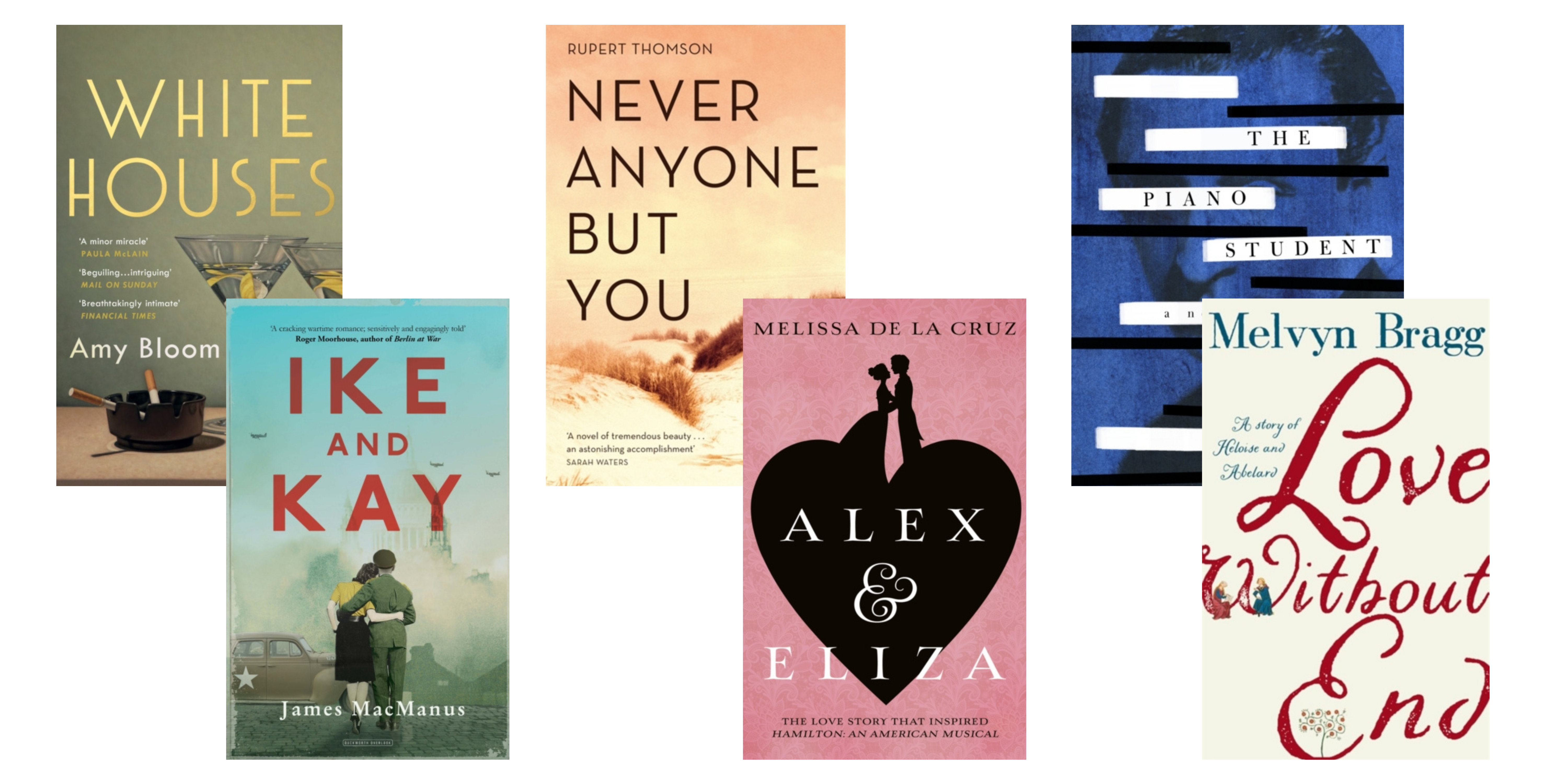 This Valentine’s Day, ditch the flowers and chocolates and other hackneyed gestures and instead say ‘I Love You’ with words. Treat your special someone to a good book. Set the mood with a romantic novel, chance your luck with something more saucy, or indulge their passions with a thoughtfully selected non-fiction title. For something a little different, below you’ll find our pick of recent(ish) novels based on true-life romances.

Born into poverty in Dakota, Lorena Hickock (Hick) goes on to become one of America’s foremost journalists. She meets first-lady-to-be Eleanor Roosevelt in 1932 and thus begins a relationship that gradually intensifies into a powerful, passionate and long-lasting love. As ‘first-friend’ she moves into an adjoining room in the White House and takes a job in the Roosevelt administration. This is a wonderful evocation of an era that elegantly and respectfully reveals a hitherto unseen life behind closed doors.

Ike and Kay by James MacManus

A vivid reimagining of General Eisenhower and Kay Summersby’s infamous love affair in London after the second World War. In 1942, Cork-born Kay Summersby’s life is changed forever when she is tasked with driving General Eisenhower on his fact-finding visit to wartime London. Despite Eisenhower’s marriage to Mamie, the pair takes an immediate liking to one another. So begins a tumultuous relationship that against all military regulation sees Kay travelling everywhere as ‘Ike’s shadow’. A thrilling account of love against all odds, duty and ultimately sacrifice.

Love Without End: A Story of Heloise and Abelard by Melvyn Bragg

Within the Cloisters of Notre-Dame, a charismatic philosopher Peter Abelard, and Heloise a young woman renowned for her scholarship embark on an ardent, secret affair. It will send shockwaves through Paris, incur savage retribution and lead to years of separation, though nothing will break the bond between them. Bringing the true story of Heloise and Abelard to vivid life, this engrossing novel conveys the powerful emotions and beliefs that drove them. It captures a couple who defied the conventions and religious orthodoxies of their times with striking audacity, and illuminates why their extraordinary tale still resonates today.

Never Anyone But You by Rupert Thomson

Lucie and Suzanne are step-sisters in love, a complicated and uncouth scenario in the early-to-mid 1900s. The pair moves to progressive Paris to reinvent themselves, where they become surrealist artists and change their names. Now going by Claude Cahun, Lucie is recognized for her gender-bending photography and Suzanne’s alter-ego Marcel Moore narrates their life spent cohabitating and collaborating. This fictionalized retelling of the real couple’s relationship is populated with other famous figures of the lost generation and plays out their resistance against anti-Semitism, as well as their eventual imprisonment by the Nazis.

The Piano Student by Lea Singer

In Lea Singer’s biographical novel, The Piano Student, an elderly man, Nico Kaufmann, brings a younger man on a guided tour of his turbulent love affair with the great pianist Vladimir Horowitz. Together, they visit the places, mostly hotels, mostly in Zurich, where the lovers snatched hours and sometimes days with each other, in a time when the most compassionate mainstream attitude toward homosexuality branded it a mental disorder and when being outed could destroy even the most illustrious career, or even end in prison and death. Singer drew the book, which spans from the late 1930s to 1986, from Kaufmann’s partial memoir and Horowitz’s letters to him.

Fans of the musical ‘Hamilton’ will be familiar with the plot of this gripping novelisation of the true story of a romance between Founding Father Alexander Hamilton and Eliza Schuyler. Against a backdrop of revolution era America this is a wonderful retelling of a romance that would change the course of American history.

You can purchase all of these wonderful books either online through our page on bookshop.org The books will be posted direct to you from our supplier. Alternatively you can do ‘Call and Collect’ via our shop in Cowes. Contact us on 01983 300044 or email info@medinabookshop.com to place your order.