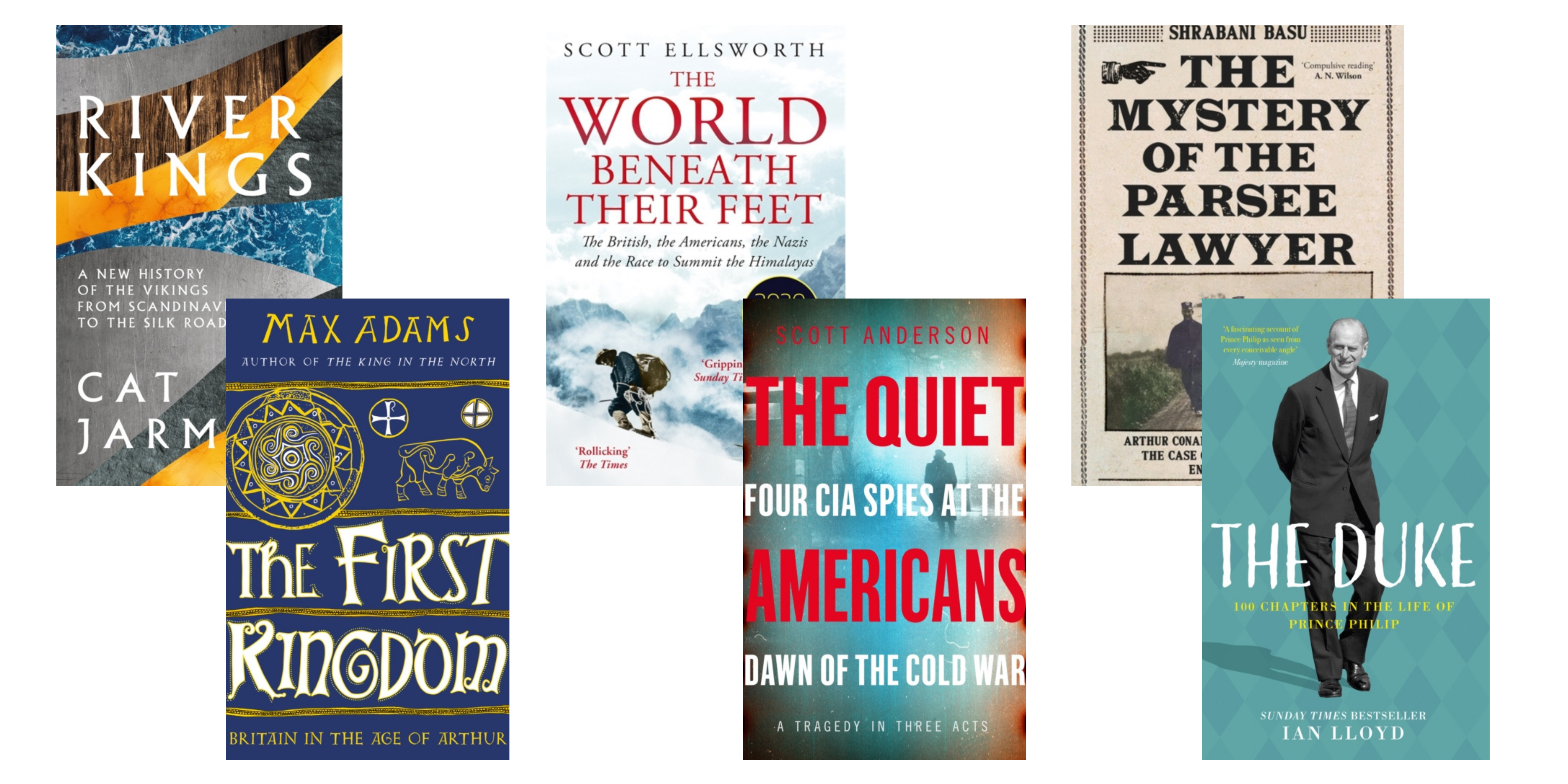 From the foundations of the legends of King Arthur to the great international race in the 1930’s to climb the Himalayas, our resident history buff Krissy takes a look at some of the exciting new history books coming out over the next few months.

In this ‘winning fusion of archaeology and landscape history’, the author of The King in the North, Max Adams, investigates the period of British history know as ‘the age of Arthur’. Somewhere in the shadow time between the departure of the Roman legions in the early fifth century and the arrival in Kent of Augustine’s Christian mission at the end of the sixth, the kingdoms of Early Medieval Britain were formed. But by whom? And out of what? Adams traces the emergence of distinct policies in that shadowy era which survived long enough to be embedded in the medieval landscape, recorded in the lines of river, road and watershed, and memorialised in place names

Follow bioarchaeologist Cat Jarman – and the cutting-edge forensic techniques central to her research – as she follows a small ‘Carnelian’ bead found in a Viking grave in Derbyshire to its origins thousands of miles to the east in Gujarat. Told as a riveting story of the Vikings and the methods we use to understand them, this is a major reassessment of the fierce, often-mythologised voyagers of the north, and of the global medieval world as we know it.

Anderson, the veteran war correspondent author of Lawrence in Arabia, returns with a gripping tale of the early years of the Cold War, the CIA’s covert battles with Communism, and the tragic consequences which still affect the US today, told through the exploits of four CIA spies.

In the village of Great Wyrley near Birmingham, a man of Parsi origin is wrongly prosecuted for the crimes of mutilating horses and sending threatening letters. Seeking help to clear his name, he writes to Arthur Conan Doyle, who agrees to meet. From the author of Victoria and Abdul, this is an eye-opening look at race and the unexpected friendship in the early days of the 20th century and the perils of being foreign in a country built on empire.

One of the most compelling international dramas of the 20th century and an unforgettable saga of survival, technological innovation, and breathtaking human physical achievement-all set against the backdrop of a world headed toward war. While tension steadily rose between European powers in the 1930s, a different kind of battle was raging across the Himalayas. Contingents from Great Britain, Nazi Germany, and the United States had set up rival camps at the base of the mountains, all hoping to become recognized as the fastest, strongest, and bravest climbers in the world.

The Archbishop of Canterbury called him ‘bloody rude’, courtiers feared he was ‘a foreign interloper out for the goodies’, daughter-in-law Sarah Ferguson found him ‘very frightening’ and the Queen Mother labelled him ‘the Hun’. The Duke sets out to explore the man behind the various myths, drawing on interviews with relations, friends and courtiers and the Duke’s own words. It brings to life some rare aspects of his character, from a love of poetry and religion to his fondness for Duke Ellington and his fascination with UFOs.

You can pre-order all of these wonderful books either online through our page on bookshop.org The books will be posted direct to you from our supplier when they are published. Alternatively you can do ‘Call and Collect’ via our shop in Cowes. Contact us on 01983 300044 or email info@medinabookshop.com to place your order.